Find out more about the team at Common Sleep.

In 1988, Matt left the hospital side of healthcare and became a general manager for a national durable medical equipment company, American Homepatient, in Springfield, Missouri. After leaving American Homepatient in 1995 Matt, along with Richard Seiferd, started the Core Group of Missouri. This grew into a multi-faceted operation, offering insurance billing and accounts receivable management for DME companies, oxygen services (including concentrators and liquid oxygen) and a compounding pharmacy for nebulized respiratory medications serving over twelve hundred patients in a four-state area.

Common Sleep is accredited by the Accreditation Commission for Health Care, assuring our adherence to the highest standards of patient care and testing. Our goal is to provide access to sleep testing for patients who may find testing too costly or too inconvenient in a hospital setting.

Ethan received his Registry in Polysomnography in 2004 from the Board of Registered Polysomnographic Technologists. In 2005, Ethan came to work for Core Sleep, performing many of the functions commonly associated with clinical supervision, physician relations, and operations management.

Following the start-up of Core Home Sleep Testing in 2009 and Rural Sleep Solutions in 2013, Ethan has become essential in all aspects of our sleep businesses, coordinating with over fifty hospitals and clinics. With the addition of Common Sleep, and thanks to the abundance of clinical talent present across our businesses, Ethan has formally assumed the role of Operations Manager.

Josh manages the clinical operations of Common Sleep, providing orientation, training, and in-service instruction for the clinical staff, as well as for affiliate sleep programs. Josh oversees the clinical policies and procedures to ensure Common Sleep stays current with the ever-changing field of sleep medicine.

Along with being a Registered Polysomnographic Technologist (RPSGT) and performing sleep studies and treatment, Josh is also a certified clinical sleep educator focused on advancing patient care through improving outcomes, educating patients and the community, and advocating for the importance of good sleep.

Since beginning work with Rural Sleep Solutions, Josh has assumed roles in a range of different areas within our sleep programs. As a result of Josh’s broad range of sleep interests and dedication to the field of sleep medicine, he has assumed the role of Clinical Manager for our organization.

Andy Archdale began his healthcare career in 2010 with a one-year internship in Sleep Technology at Cox Health Systems in Springfield, MO. During that time, Andy became a Certified Polysomnographic Technologist (CPSGT) in 2011.

Andy became a Registered Polysomnographic Technologist (RPSGT) in 2013, after completing the required clinical experience and passing the Board of Registered Polysomnographic Technologists exam. The RPSGT designation represents the highest standard in sleep technology. Achieving it demonstrates a commitment to the highest standards of professionalism and patient care.

Following his time with Cox Health Systems, Andy was employed for three years as a troubleshooter in sleep labs managed by Core Sleep. Andy has been associated with Rural Sleep Solutions since its inception in 2013, traveling to rural hospitals in the Midwest and providing sleep services for patients close to home.

Betsy has been employed with the Core Group of Missouri, Inc. for over twenty-one years.

She has been involved with the office management in all of the Core Group and Core Sleep companies in every capacity in several different locations. Before coming to work for the Core Group, Betsy worked in billing and maintaining accounts for Blue Cross Blue Shield in St. Louis. Betsy also worked for UnitedHealthcare maintaining insurance premiums and reconciliation for businesses in Missouri, and for St. John’s Medical Supply, where she submitted insurance billing for durable medical equipment.

Betsy manages the office and is personal assistant to Matt Banks. She handles a variety of duties, including taking care of ordering and shipping, bookkeeping and billing for Core Home Sleep Testing, while handling all the office duties and record keeping for the other Core Group companies. Betsy has great knowledge of the industry and she is an invaluable asset to our growing company, which now includes Common Sleep.

Sue started her career as a Respiratory Therapist in 1986 at St John’s in Springfield.  After several years in the critical care arena, an opportunity opened up at St John’s Medical Supply.  Sue enjoyed the personal interactions with her patients, making home visits to all of the oxygen patients at that time.  As the business grew and became Mercy Medical Supply, her focus changed to Sleep Apnea treatment primarily.

Sue has known Matt Banks for many years and has worked previously with Betsy Fergerson at St. John’s Medical Supply, so she was thrilled when he invited her to join the Common Sleep family in October 2020.  Sue has expanded the DME line at Common Sleep and has grown the follow-up program for our CPAP patients.  She has been instrumental in new marketing initiatives leading to increased visibility and brand awareness.

Sue is enjoying the locally owned, independent element that Common Sleep embraces as a family run organization.  “It’s rewarding to have a real impact on people in the community who don’t always fit into the standard healthcare system model.”

Olivia is a liaison between Common Sleep, physicians, and the community. You can find her in the office a few days a week or out and about sharing the good news of Common Sleep. When she’s not working, she’s with her husband and two kiddos, Alma (8) and Gus (4) or watching Royals baseball.

After graduation from what was once Southwest Missouri State University with a master’s degree in Elementary Education, Olivia taught 5 th grade in several locations, starting out in Springfield, but most notably Los Angeles Unified School District. After LAUSD, she had the opportunity to teach in Webster Groves, MO and Liberty, MO. In 2011 she left her teaching job in Liberty, MO and moved to Tucson, AZ. Shortly after her move, she married her husband, Ryan, who was active-duty Air Force. Ryan’s career took them to Okinawa, Japan and Washington, D.C. In Washington, D.C., Olivia was the Director of a small, private preschool. Upon Ryan’s retirement from the USAF, they moved back to Olivia’s hometown of Springfield. After being out of the classroom for a few years, she was ready to jump into the family business of sleep.

Lura knew she was ready to get back in the work force after staying at home with her two children until
they were both school age. In 2019, she graduated from Ozarks Technical College’s Respiratory Therapy
Program, passed her board exam, and became a Registered Respiratory Therapist.

As a Springfield area native, Lura knew she would be happiest working for a locally owned business. A position was open at Common Sleep as a Patient Care Coordinator, so she applied and has been with us for 2 years. Whether she is helping a patient learn more about PAP Therapy (positive airway pressure), expertly fitting a mask, or setting up a Home Sleep Apnea Test, Lura brings a love of patient care to Common Sleep. She enjoys making connections with patients and helping them feel comfortable. In addition to Lura’s degree in Respiratory Therapy, she passed her Sleep Disorder Specialty exam in 2020, making her an even more invaluable member of the Common Sleep team.

When Lura isn’t working at Common Sleep, Select Specialty Hospital is lucky enough to have her on their team of RRTs; Lura takes her patient-focused care there several days a month. Lura stays busy between both of her jobs, but her true loves are her husband and two kids. She likes to spend time with them outdoors, doing art projects, or catching up on a good book.

After completing his residency, Dr. Brabson practiced Internal Medicine in Kenner, Louisiana until 1986. His tenure as a Pulmonologist began in 1988 at Mercy Health Systems in Springfield, Missouri. While at Mercy, Dr. Brabson worked in Pulmonology, Critical Care, and Sleep Medicine. In 1989, Dr. Brabson became the Medical Director of Mercy Sleep Disorders Center; he was there until his retirement in January of 2021. He has been certified through the American Academy of Sleep Medicine since 1996.

When he’s not helping the community sleep better, Dr. Brabson spends time with his wife of 25 years, his son, step-daughter, and granddaughter. He is excited to be able to continue his practice of Sleep Medicine on a part-time basis with a locally owned company.

Dr.  Ed Gwin is a board certified sleep physician who is on staff at Common Sleep as our medical director. Dr. Gwin is invaluable to our operation as he oversees and interprets both full in-lab studies and home sleep tests, while also providing physician services for those who need treatment and follow-up after their sleep testing.

Dr. Gwin first attended college at Oklahoma University; he later transferred to East Central State University, where he graduated with honors. Dr Gwin went on to medical school at Oklahoma University College of Medicine on a scholarship, graduating in 1966. He served a rotating internship at St. John’s Hospital in Tulsa, Oklahoma. After his internship, Dr. Gwin entered the Air Force and was stationed at the U.S. Air Force Academy Hospital in Colorado Springs during the Vietnam War, where he practiced family medicine. After serving his country, Dr. Gwin entered into a four-year internal medicine residency/pulmonary fellowship, which set the stage for his interest and career in sleep medicine. Dr. Gwin continued his career in Springfield, MO, with Cox Hospital and Ferrell Duncan Clinic as a pulmonologist in critical care for 34 years. Dr. Gwin was the first pulmonologist on staff at Cox Hospital and later started the first sleep center in Springfield, MO; which was also only the second in the state. Dr. Gwin has been semi-retired since 2008, offering his services in clinics at rural hospitals in Missouri, while maintaining his interest and knowledge of all things sleep. 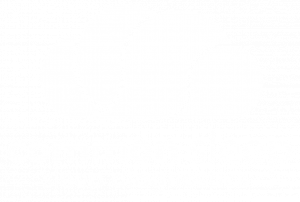 Until further notice, doors will remain locked at all times. Admittance by appointment only. Dial 417-368-1605 to schedule.
The office will be staffed: